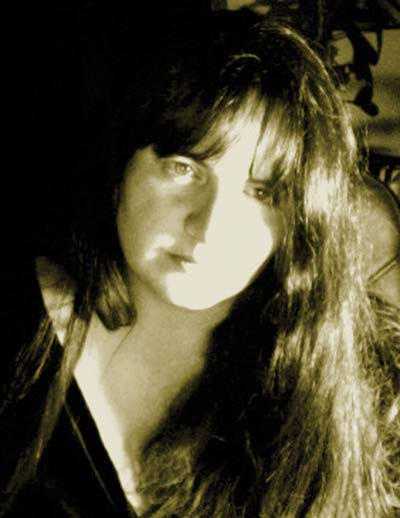 Rachel Tso is the facilitator of a new media literacy program at STAR school aimed at helping students illustrate the Navajo peacemaking system on film.

FLAGTAFF, Ariz. - Thanks to the Navajo Peacemaking and Safe Schools Project, Navajo students are helping pilot a media literacy program at the STAR School. The students work under the direction of filmmaker/writer Rachel Tso.

Tso finished setting up a state of the art, self-contained media classroom "in a box" last week, including a professional HD camera.

"We could film Star Wars with this if we wanted," Tso laughed.

Tso is working with seventh and eighth grade students on a film illustrating the Navajo peacemaking system, including an adaptation of the process by Dr. Mark Sorensen, director of the STAR School, that he calls "Playground Peacemaking.

"The film will be distributed to schools and YouTube so that the whole world can access this unique information," Tso said.

Tso's interest in filmmaking and television was piqued when she starred in a children's television pilot in Florida as a clown at age 17. This led her to the environmental communications department at Antioch College in 1992, where she made several films.

"My senior project was a 30-minute documentary on the Navajo-Hopi Land Dispute called "Crimes Against Humanity (1994),' she said.

"A Seneca woman, Marcy Elter, showed a Big Mountain slideshow," Tso said. "I was studying environmental communications, and needed an issue I was interested in."

Elter's work led Tso to volunteer through Veterans Peace Action Team, and she was placed with Jenny Manybeads [the lead petitioner in the First Amendment lawsuit, Manybeads, et al v. US] for the summer of 1992. She returned the following summer to seek permission from the Tso family to shoot her senior project.

Back at Antioch, she immersed herself in preparations for her documentary, and honed her skills in shoot-back philosophy - a style that puts the camera in the hands of the people the story is about.

"I returned in the summer of 1994 with a Jeep full of camera equipment and proceeded to teach the youth of Mosquito Springs how to use it and how to make a documentary film," Tso said.

Francis (Tso's future husband), Tim, Calvin and Juanita Tso and Esperanza Begay took the lead in the project, working under the guidance of Rachel Tso.

"They wrote their own documentary treatment and planned the interviews," Tso said. "We spent three months filming the land dispute area, Peabody Coal Mine, and the New Lands. They learned all the aspects of pre-production and production - camera, sound, lights etc."

At this time, technology had not advanced to allow film editing on a computer, so Tso rallied her crew to travel to Antioch's editing suites to finish the film. Only Francis could make the journey.

"Together we transcribed all 1,200 hours of tape," Tso said. "He translated all of the Navajo, and we edited the film, 'Crimes Against Humanity' together, finishing the film in December, 1994."

By this time the pair was an official couple, expecting their first daughter. After graduation, Tso returned to the reservation.

"Living in Mosquito Springs with no electricity made it impossible to finish the post-production work the film needed," Tso said. "I realized if I could get involved with the local school, possibly starting a media department there, we could get the equipment needed to finish our film."

Tso enrolled in a distance learning program with Prescott College, earning her second bachelor's degree in Education. She developed a love for teaching.

"Teaching has always come easy to me, and in a way I suppose I have always been a teacher," Tso said. "With three little sisters and a brother, all of whom are much younger than me, I took on that role since I was 10. I 've been a camp counselor and taught drama classes at the YMCA since I was 15. I did an internship at a Waldorf school while at Antioch.

"Having Camille [Tso's daughter] helped me realize that positively influencing the future generations was probably the most effective and deeply meaningful form of activism I could do. So while student-teaching at Rocky Ridge, I truly became a teacher."

While teaching at STAR School during the '09-'10 school year, Tso volunteered with students to create other films, including Nitsidigo'i', illustrating fellow teacher Jane Dempsey's lesson on how to make kneel-down bread, a Navajo staple food with STAR students.

"The film students took first place in their category, Sixth through Eighth Grade Micro-Shorts, five minutes and under, at the Arizona Student Film Festival," Tso said with pride. "They also took the grand prize, which won them a flip camera."

Tso's daughter, Camille, now a young teenager, has followed in her mother's footsteps with her own award-winning documentary, In the Footsteps of Yellow Woman.

"I was home-schooling Camille that year and I encouraged her to make a short film in lieu of a research paper, so I could write about the power of indigenous youth reclaiming oral histories through film for my thesis. She, however, took it much further than the bounds of the original assignment and made something much more complex and creative than I had planned. I taught her the filmmaking elements she did not already know, mostly in pre- and post-production."

These skills added to those in production that Camille had learned from Outa Your Backpack workshops (led by Flagstaff filmmaker and journalist Klee Benally).

Tso enjoys her daughter's success, but admitted that at first she worried that Camille had adopted her dream.

"But after watching her become obsessed with and filming the story of her ancestor, Yellow Woman, I know for sure that she is doing what she loves. It just happens to be what I love as well," said Tso.

"Now I feel like I am finally able to realize my own dreams. I got caught up in the activism world and motherhood, and learning how to truly be a teacher. I'm still on the same track I started back in 1992, but now I'm much better - wiser, more mature and smarter. Now, I see my dreams coming to fruition - in Camile, in my students at STAR, and in the possibilities of the future," said Tso.

The Navajo Peacemaking and Safe Schools project is federally funded by the Safe Schools/Healthy Students program. The SS/HS vision is a nation of communities with integrated systems that promote the mental health of students, enhance academic achievement, prevent violence and substance use, and create safe and respectful climates. The SS/HS Initiative supports school and community partnerships in their efforts to develop, coordinate, and implement research-based programs, effective policies, and innovative strategies through a comprehensive plan focused on positive mental, emotional, and behavioral health for children and youth.