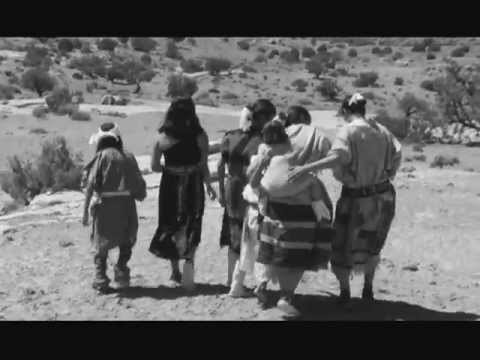 In the Footsteps of Yellow Woman A docu-drama made for an 8th grade project by 13-year-old, Camille Manybeads Tso, who finds her own strengths through learning from her Grandmother and their ancestral history. She imagines what it would be like to be her ancestor, Yellow Woman, who lived through the Navajo Long Walk of 1864-1868. This film preserves the oral history of her family, and is a testament to the courage and fortitude of the Navajo people who endured the Long Walk and the cruel imprisonment at Fort Sumner. Camille conducted the interviews, researched the time period, wrote the script for the re-enactments and recruited her family to help make the costumes, direct, film, act, sing and edit this work. The re-enactments are performed by actual descendants of Yellow Woman and are filmed in many of the places where the historical events had taken place. This film is an official selection in over 50 film festivals world-wide and winner of: Young Filmmakers Spirit Award - ReelHeART Film Festival; Student Production -- Kids First! Film Festival; The Dolphin (Young Filmmaker) Award -- Moondance Film Festival; Best Youth Film of the Year, Best Actor, Best Script -- Cowichan Aboriginal Film Festival ; Special Student Recognition -- Lake Arrowhead Film Festival; Most Innovative Short -- Eckerd Film Festival; Best Documentary Short -- Red Nation Film Festival 2009; Best Student Dramatic Short - Southeastern Native American Indian Film and Video Festival 2009; Best Student Docudrama - International Cherokee Film Festival 2009. Featured in over 90 film festivals internationally.