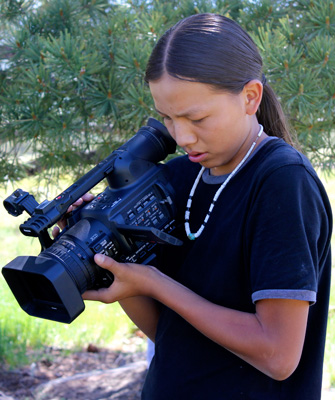 The influence of the American media machine on all our youth and their psychological development can be immensely disconcerting. Our students have grown up devouring corporate-sponsored audio-visual and print media. Media influences our children's identity and sense of self and community. It is ever pervasive in our children's lives and effectively indoctrinates them into a consumer- based homogenized pop culture, losing connection with past, culture, and heritage. However, the Media Literacy / Media Justice movement seeks to free students from being mindless consumers.  Media already engages our kids; media literacy seeks to teach them how to intelligently analyze and evaluate the media they see and how to create their own messages and to tell their own stories.

According to the October 2009 Nielsen report, television viewing among American kids is at a peak high, with children between the ages of two to five watching an average of 32 hours a week, and older children watching nearly 28 hours. This equates to the time almost required of a full-time job. According to this same study, the average American has seen 200,000 acts of violence on television by the age of 18. That includes 40,000 murders. Yet few of these kids are being educated on how to decipher the messages they are being exposed to. 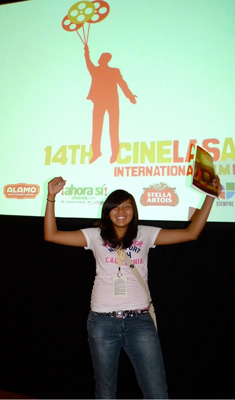 Having the ability to create media is a 21st century skill that is fundamental for today's youth to have a voice. Educators must embrace the new literacies that have become the dominant medium in our children's lives. "Literacy" is no longer just the ability to read and write words on a page, but now must include the wide variety of new mediums widely available to our students and must also grow as new technologies and ways to communicate develop. Media Literacy is the literacy of the now and of the future. It is an essential collection of skills that give students the ability to effectively read and write media. Media Literacy is defined by UNESCO, the United Nations Educational Scientific and Cultural Organization as, "the ability to access, analyze, evaluate, and produce communication and information in a variety of forms and means." Elizabeth Thoman and Tessa Jolls of the Center for Media Literacy assert, "Media Literacy is a 21st century approach to education. It provides a framework to access, analyze, evaluate and create messages in a variety of forms--from print to video to the Internet. Media literacy builds an understanding of the role of media in society as well as essential skills of inquiry and self-expression necessary for citizens of a democracy" (Thoman and Jolls, 2005).  It is important for our youth to understand the tools of storytelling and then have the tools to tell their own stories. Steven Goodman, founder of the Educational Video Center in New York City calls media literacy, "a critical literacy... the ability to analyze, evaluate, and produce, print, aural, and visual forms of communication." (Goodman, 2003)